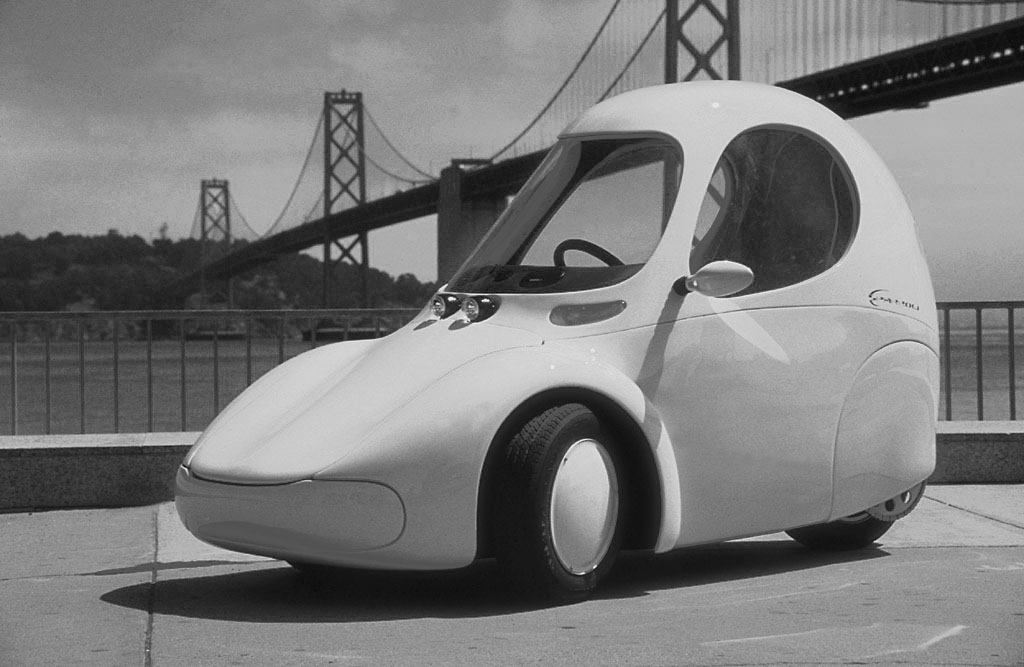 The very first proof of concept

Created in 1996 as a proof of concept, the original Alpha Car was finished just in time to be on display at the San Francisco Auto Show around the end of the year.

The concept received a lot of positive attention at the show so we took it around to a few motorcycle rallies to see what people thought and how well it worked. The little yellow vehicle continued to garner a lot of attention and positive feedback so we set about designing the Beta test cars in 1997. It wasn’t long before we were convinced and Sparrow production began.