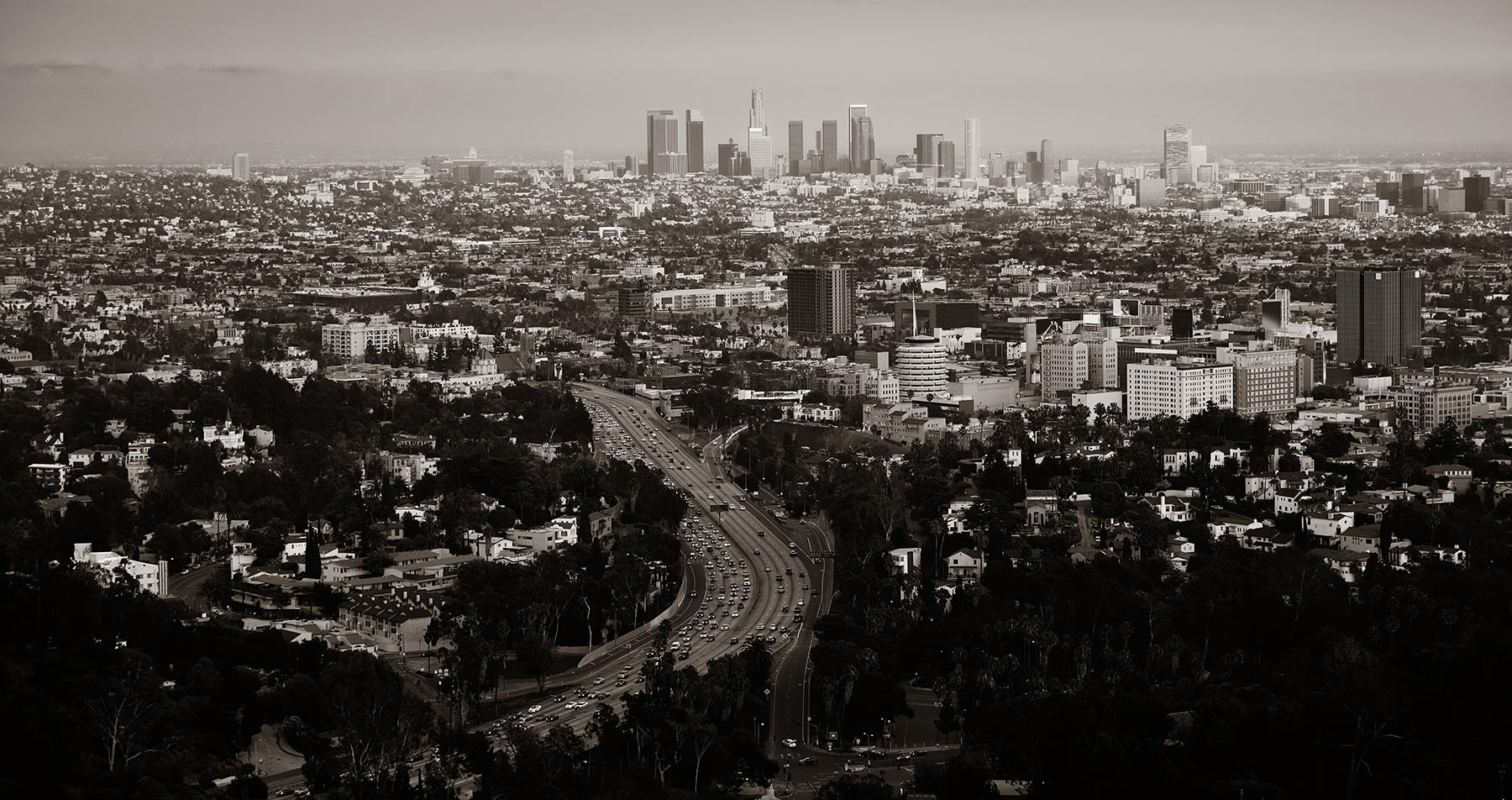 The Single Most Important Part of Any Business is The Idea

An old friend of mine stopped by recently to have a new Corbin Saddle installed on his latest motorcycle. Enjoyable conversation lead from one thing to another, when he said Corbin was ahead of it`s time with the Sparrow.

I hear that a lot, then he asked – “how did you ever get such an original idea?” It was fun going over the logic, so I thought sharing would be fun also.

In 1994 I was standing on an overpass side walk looking down at peak morning traffic on the 405 in Los Angeles. Very few vehicles in HOV lane. A motorcycle once in awhile , then a car or two with more than one passenger. Remaining car traffic was nearly at a standstill , billowing out emissions , HOV lane traffic was light.

I stayed leaning on the railing looking down on the freeway, thinking there must be a better way to move so many commuters. My first step would be the most obvious, we should be in smaller cars. How about a one person car that would be a quarter size of an average car?

A single person car could be fabricated like an airplane fuselage , an ovalic sphere. A solo rider can sit in the center , reducing required foot print.

Three wheel car would be lighter, eliminating rear axle and the weight centralized inside the tire foot print .

How far do these folks travel each day and can an electric car facilitate them ?

Turns out the statistics at the time claimed the average American traveled 18 miles per day. That meant a small vehicle, driven by Lead Acid Cell batteries could service a serious amount of commuters. My observation was at least 90% of the freeway cars carried one person.Later research told me that when we get into our car, 91 % of the time we are alone.

The Idea started to develop.

Then I learned that a 3 wheel vehicle , under 1700 pounds is registered as a motorcycle. Motorcycle license is not required for a three wheel motorcycle. The logic kept driving me to new heights of enthusiasm.

Just think about it, a small car about one third the mass of a small sedan, burning very small amounts of energy. Sparrow actually ran on about 150 Watt Hours per Mile. About two cents per mile for electricity.

Pollution is mostly generated by internal combustion vehicles at slow speeds, stop and go. These four thousand pound cars, propelled by gas are each moving one person who weighs just a fraction of the car. 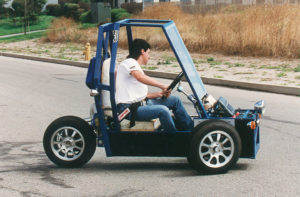 The amount of energy required went down 65% just think about reduction in oil consumption and turning it into pollution. The Sparrow will be an electric car, no plowing out smog.

I rode my motorcycle home to Monterey, boiling over with energy of a New Idea.

Thrashing identity around in my mind several names came to mind P.T.M. (Personal Transit Module). SOLO one person car. Then later I was watching Sparrows busy outside my home office window. Bev is an ardent bird watcher with 6 books and 4 binoculars handy, on the counter at all times. I’ve kept Parrots for years and truly appreciate birds. The little Sparrows were working so hard, not wasting time or energy getting the job done. 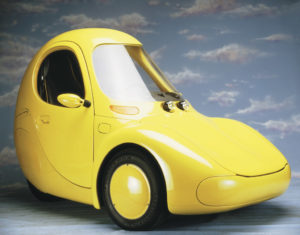 We were amazed at the acceptance, after living two years in fear of rejection, a common agony for inventors. Most of the early adopters were Tree Huggers, enjoying the idea be part of the solution. The Sparrow was a fantastic project and ended up making about 300 units, 1998 – 2003.

Corbin has been designing a new Sparrow for the last 5 years, and will enter the 2017 market with a limited number of hand builts in Hollister, Ca. The original idea and concept came from here. The American Craftsman Lives On

The Sparrow was a wonderful idea in the `90s, and a fabulous idea now with the acceptance of electric vehicles.