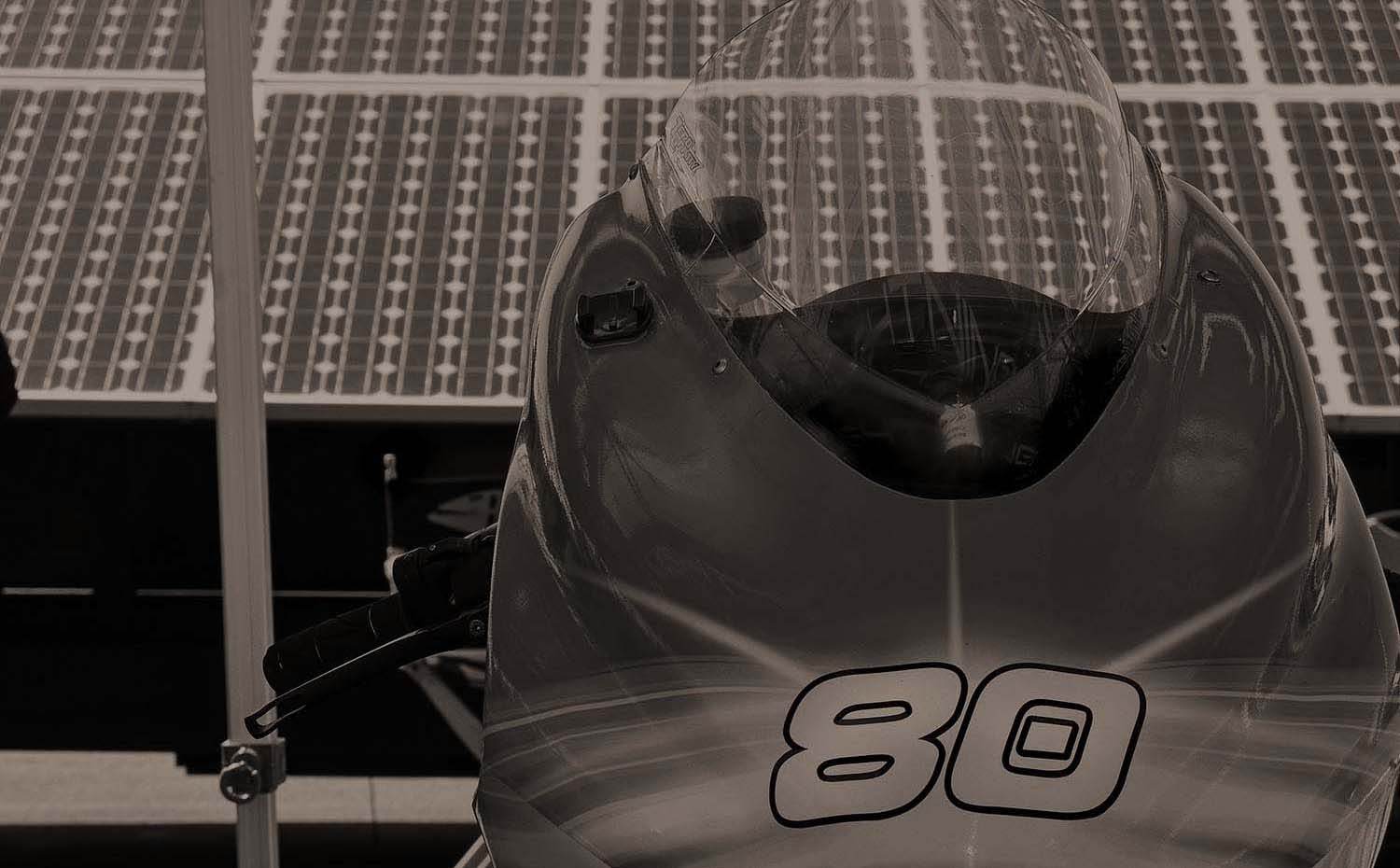 Solar energy fueled vehicles are not just a theoretical concept to be realized sometime in the distant future, but a reality today that can compete head to head with gasoline powered vehicles.

WHY BOTHER TO USE SOLAR ENERGY?

For the first time in history, a major motorsports competition was won by a vehicle powered solely by solar energy. The Lightning Motorcycle Race team competed in and won the EPower/TTXGP race during the MotoGP weekend at Laguna Seca in July 2012, on solar power alone. The same bike, powered by solar, also set a new land speed record at El Mirage in November 2012.  Lightning SB2 SuperBikes demonstrate that alternatively fueled vehicles can compete and win in current competition with currently available technology. Lightning Motorcycle’s CEO Richard Hatfield put this theory into a succinct statement; “Solar energy fueled vehicles are not just a theoretical concept to be realized sometime in the distant future, but a reality today that can compete head to head with gasoline powered vehicles”.

Deciding to go with solar was an easy decision for them, it just took a little extra effort. They went through the trouble for a couple of reasons. First, Lightning wanted to show that using an electric vehicle is not a compromise… By winning major competitions, they dispelled that myth. Second, Lightning wanted to promote alternative energy.  An electric motorcycles’ batteries indiscriminately store electricity, allowing for flexibility in the methods by which power is generated. That means the power fed to the batteries of an electric motorcycle can be harnessed from the sun, via solar technologies, or from the wind, or from running water, or any other means.

The Lightning team is proud to be a leader in the racing world and we’re proud to be working with them on development of the Corbin Sparrow.